It’s been one week since the New York book fairs. Invoices are (mostly) done, packages are (mostly) mailed, and I have (mostly) recovered from the work and excitement; so now I can sit down and write about it all! This was my second time at the NYC Book and Ephemera show. I am proud to say ZARB once again made the “highlights” list in FB&C and that my book fair list did well.

This year the show expanded to two days in a new location (new since the last time I exhibited, in 2017). We were able to stay in the same hotel as the fair location, which made things significantly easier in terms of transportation and timing. We arrived Thursday night to attend the Armory preview and get an early start Friday. Even with plenty of time to set up, I scrambled to see what other dealers had brought and made a few purchases Friday afternoon, worked until the last minute to get everything just right in my own booth…and still arrived at 6am the next morning to finish before doors opened at 8.

One of my favorite purchases was this 1852 playbill printed on silk with a beautiful lace border, which I bought Friday and sold Saturday: 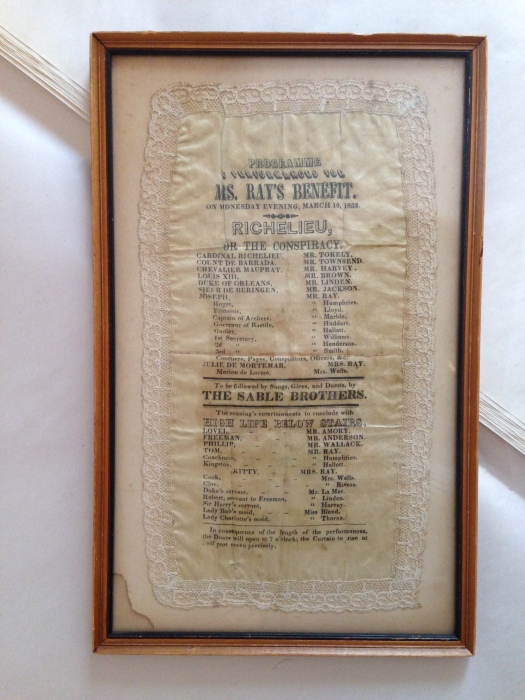 Saturday there was a mad rush at opening and happily the energy continued through most of the day. Many librarians and dealers visited, some I knew, others I knew of but hadn’t met until now. (There was a point when I felt I had been transported back to London for all the English accents around, and that was lovely!) Talking with everyone — exhibitors and visitors — was certainly a highlight of the fair for me.

Of the items I sold, the “Femmes Prisionnières” poster (pictured below in both before and after shots) is the one I’ll most miss. It was a list of women imprisoned at Versailles following their failed march there in 1871, after Napoleon III’s surrender to Otto von Bismarck in the Franco-Prussian War. And it even listed the ages of the women who marched, the oldest being over 70! I loved not only the way it looked on my wall, but also what it signified.

As in the past, such unique/controversial/visually striking material did the best — and nuns/(religious/rebel) women. Love those nuns. All this confirms what I see as emerging trends in antiquarian bookselling: the collectability of hybrid books/unique objects, and interest in social history subjects (in fact I gave a talk at the Philobiblon Club of Philadelphia on just these topics this past February).

What didn’t sell? I can never seem to sell much publisher’s cloth or Americana, which I suppose is just as well, since there are other dealers who are specialists in those fields. But why don’t those types of books fly off the shelves at book fairs, especially books with local interest (the ones I have are not very expensive)? I’ll never understand it. 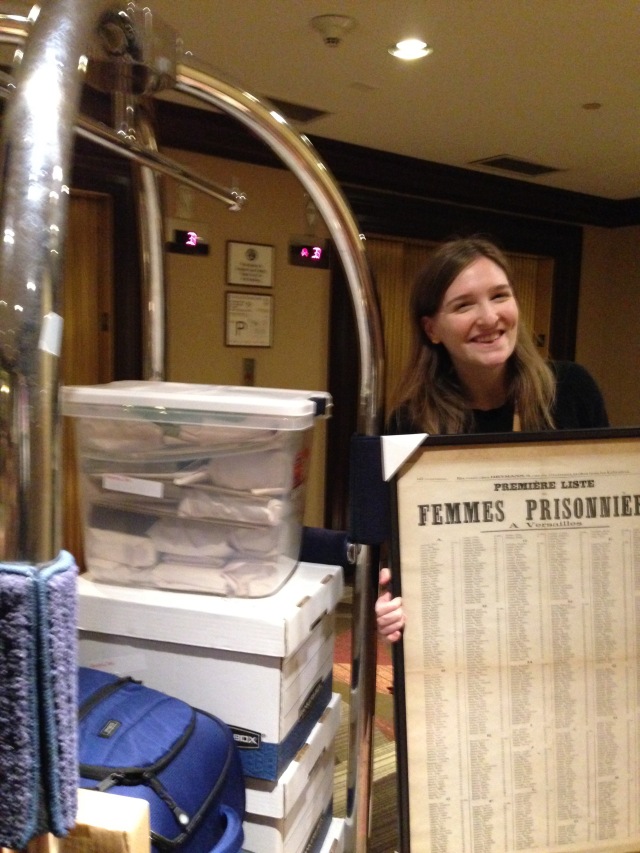 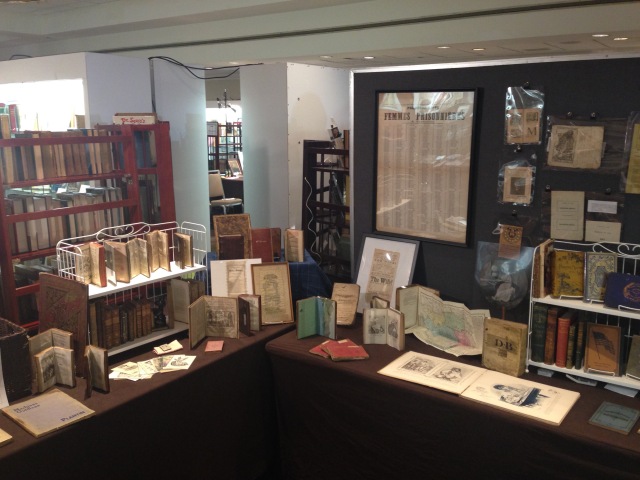 On Sunday, the Satellite Show was much less busy, at least for us antiquarians. The Booklyn Artists’ Book Fair, on the other hand — and the other side of the ballroom — seemed to be busier (and the exhibit “Celluloid Babylon”: The Photography of William Mortensen). I wandered over toward the end of the day, and was sidetracked by a few last-minute purchases from dealers on the way, but from what I did see of the art fair and the exhibit, it was all very striking!

All in all, it was an exhausting and good weekend. And so nice to be back in the swing of things after a book fair hiatus. Thank you, everyone who visited!

Advertisement
This entry was posted in Books. Bookmark the permalink.